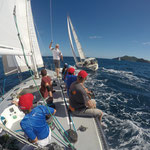 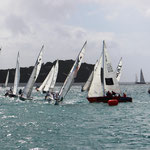 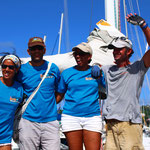 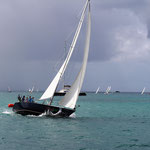 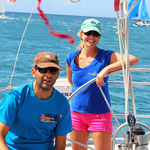 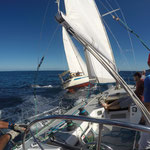 It was the fourth annual Mango Bowl Regatta in St Lucia and our third time of competing. We had assembled a crew of past students to help us crew the yacht and hopefully secure victory. As with all regattas there are some pretty serious racers, but as a crew of novices First 4 Sail were in it primarily for fun, with the added bonus of maybe placing or even winning.

Our crew on day one consisted of seven people all wearing their Mango Bowl competitors t-shirts of electric blue. As the committee boat organised the placement of the race markers we spent the time practicing our tacking and gibing, making sure everyone knew their position and job.

As we hit the start line for the first race we were sailing alongside the other yachts in our class, all jostling for position, but we pulled ahead and rounded the first marker buoy in first place. The first race was in the bay with the following two racers taking us up to the north of the island and into the Atlantic swell which made for an exciting and rather wet sail. At the end of the first day racing we had won two races and come in second on the third. We were in a good position and the crew were rewarded with a crate of Heineken for the days racing.

We changed crew for the next day of racing with only 5 onboard so a little more room in the cockpit, but more work for each person. The sun was out and we were all in high spirits. The girls stuck to the winching and tacking whilst skipper Ben concentrated on the helm and one of the other guys took to the mainsheet. It was a job that he had not done before and he carried it out without too many problems, although it did involve a lot of shouting of “Ease, Ease, Ease”, “Tighten, Tighten, Tighten”. We were ahead of our nearest competitor and timing our finishes to see if we had enough time between us and them after taking into consideration our handicap.

We arrived at the yacht club to find that we had come in first for the last 2 races and therefore had won the Mango Bowl for our class. It was a great weekend of racing, tiring but fun. 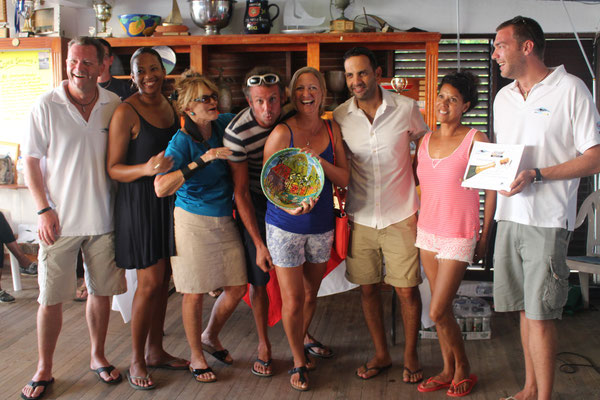 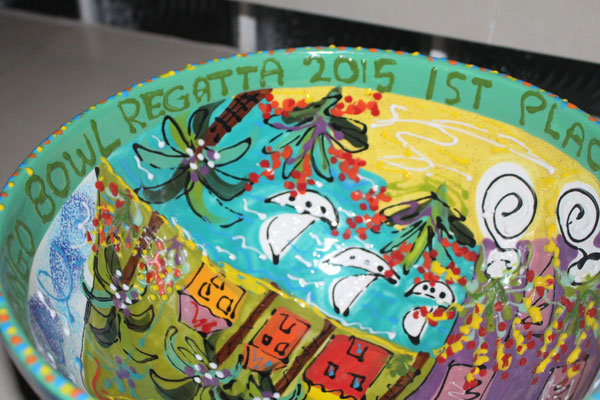 A great event right on our doorstep. Yachts come from all over the Caribbean to join in this new to the calendar event. Racing within Rodney Bay and up to the Cap Point over different courses, this two day event is fun and exciting and full of cameraderie between the competitors.

Race St Lucia holds a few race events of it's own. The St Lucia Yacht Club runs a Round St Lucia Race, generally in the month of February.

Day One consists of sailing along the North and West of the island finishing in the afternoon at Laborie where there is lunch on the beach and water taxi's to check out the village. In the evening there is Jazz entertainment.

On Day Two the race continues from Laborie back to the finish line in Rodney Bay, sailing along the West Coast.The Prize giving is held on the last day at the yacht club.

Around the Island Yacht Race 2015

It was the 36th anniversary of St Lucian independence and to celebrate the St Lucian yacht club was holding it’s annual Round Island Race. We had not entered the previous year due to work commitments and by all accounts this was a good thing as there was a high drop out rate due to rough conditions and broken equipment.

We motored out into Rodney Bay for the 9 am start looking out for the other nine boats that had entered the race. There were a few around, hoisting their sails and a few we recognised from having raced them before.

400 EC for one day includes entrance, t-shirt, entrance to parties and training session

A race from Rodney Bay in St Lucia to the Diamond Rock on the South coast of Martinique. Entrants leave early for the day race across the St Lucia/Martinique Straights. 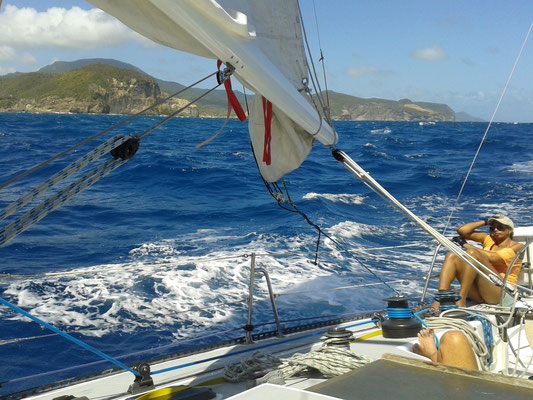 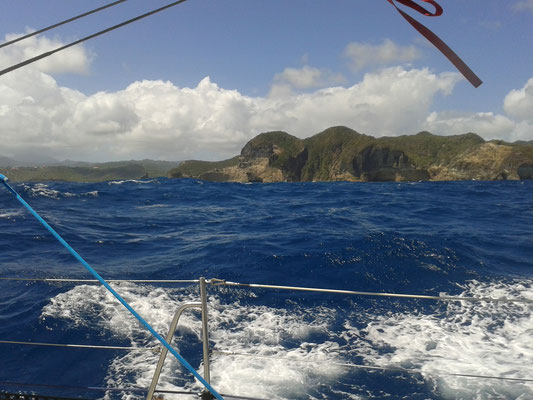 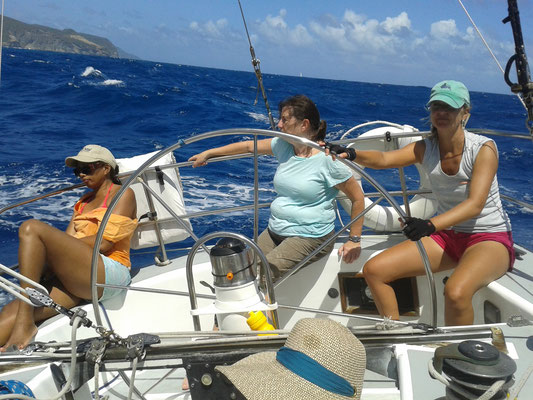 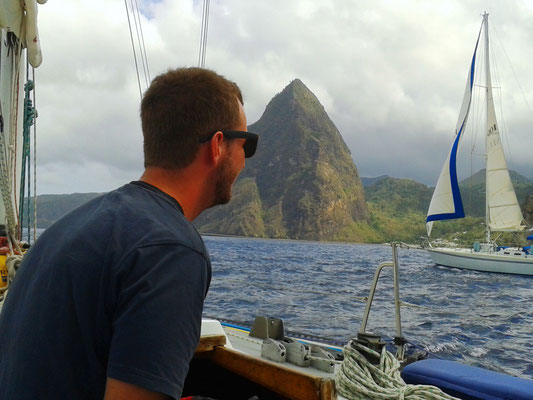